Robotic Telepresence Research in the News 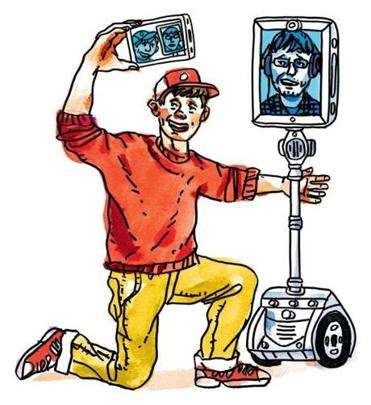 Illustration by Doug Chayka for the Boston Globe

Recently the Boston Globe interviewed lab director Bilge Mutlu and researcher Irene Rae about the future of telepresence robots in everyday life. The author of the article, Leon Neyfakh, attended the Human-Computer Interaction conference in Toronto (CHI) using a telepresence robot, navigating with his lap top all the way from New York.

His experience as a robot provides an insightful glimpse into the social aspects of telepresence, which constitutes much of Irene’s current research. According to Neyfakh, “There are certain situations where it really matters to be in the room, controlling where you go and what you’re looking at, and perhaps more strangely, taking up physical space.”

The article, titled “My day as a robot,” can be found here.